“Wow, what can we say, other than his professionalism created a wonderful atmosphere which just set the tone for our wedding. His musical ability is sensational!” – Emily Parker, Hadleigh, Suffolk

David Walker (TheSaxWalker) is a successful solo saxophonist based in Ipswich, Suffolk and is currently performing across the whole of the UK, Europe and beyond!

He’s performed for many prestigious clients including Marks & Spencer, Fred Olsen Cruise Lines, Havens Hospices, St Elizabeth Hospice and England international rugby player Danny Care’s wedding, which was held at the beautiful Syon Park, London. As well as building up a reputable name as a professional saxophonist, David has built up a solid network of clientele and fans through his performances, YouTube, Facebook & Instagram channels.

David plays a number of different music genres from Soul, Funk & Pop, through to modern day Chart Hits, he expresses his love of Smooth Jazz through his music, creating an exciting, diverse and unique performance!

Fully self-sufficient, David brings his own PAT tested sound equipment along to every event where he’s accompanied by the highest quality backing tracks. He’s also fully insured and holds a copy of his Public Liability Insurance certificate at all times, something a typical venue will always want to see!

Coming from an extremely musical family, David’s passion for music started at a very young age. He began learning the drums at the age of 5 and shortly after went on to learn the double bass. It wasn’t long before his primary school music teacher noticed David’s natural music ability.

Being pushed by his mother, David received a scholarship to study at the London Guildhall School of Music where he went on to further his musical interest.

The saxophone was the final instrument David was very keen to learn, and he’s never looked back since! “It was like no other instrument I’d ever played before and I quickly fell in love with its tone and personality!”

Over the years, David has managed to developed his own unique & funky sound. Some of his musical influences include: Eric Darius, Dave Koz, Richard Elliot and Gerald Albright, and to which all have certainly helped David develop into a fantastic player and performer!

Enjoy browsing and please feel free to get in touch via my Contact Me page or just give me a call. Stay saxed up and enjoy the wonderful life that is music! 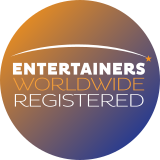